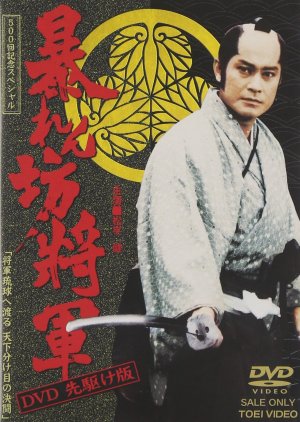 Tokugawa Yoshimune is the 8th Shogun of the Tokugawa Shogunate. He continues to have bad people creating havoc within his city of Megumi. With the help of his close associates, Lord Tokugawa is allowed to roam throughout his city, disguised as Tokuda Shinnosuke, an average Joe living within Megumi. By mixing in with the population, Shin-san (as everyone in the city calls him) is able to research issues first-hand. His help includes oniwaban (ninjas) and the captain of the Megumi fire company. Yoshimune uses the fire company as his base while he's away from Himeji Castle. The captain of the company and the oniwaban know his identity, but everyone else in the city is unaware that he is the Shogun. Once Yoshimune solves the crimes, he confronts them. Just about every time, the bad people whip out their samurai swords in an attempt to kill Yoshimune, although most of the time they still don't know who he REALLY is. Most of the time, Yoshimume flips his samurai sword so that the dull side is out. This way, he can still take his opponents down without making sashimi out of them. Very rarely will he actually hit people with the sharp part of the blade... They have to be some really mean guys for Yoshimune to go that far! The show was frequently topical and touched on many themes of present-day life. The most common subject was political corruption. Drugs, unequal power relationships, poverty, urbanization, the generation gap, inflation, and the tension between Japanese and foreign knowledge were recurring themes. Abarenbo Shogun aired from 1978 thru 2002. In 2003, TV Asahi aired a final episode, ending Matsudaira Ken's 25-year reign.