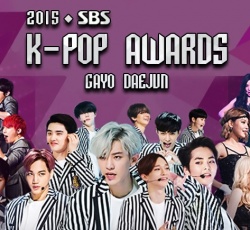 It is the most anticipated night of the year for K-pop artists and fans alike! The “2015 SBS K-Pop Award” caps an exciting year by celebrating the best of music and artists. The show takes place on December 27 and is hosted by Shin Dong Yup and IU under the theme of “Music Together.” The night always promises electrifying performances, and this year doesn’t disappoint! Performing during the evening are Girls’ Generation, Wonder Girls, SHINee, 2PM, 4MINUTE, T-ara, CNBLUE, INFINITE, A Pink, B1A4, B.A.P, Ailee, EXID, BTOB, EXO, VIXX, AOA, GOT7, MAMAMOO, Red Velvet, Lovelyz, GFRIEND, MONSTA X, SEVENTEEN, UP10TION, iKON, TWICE and many more. The show also promises fun joint performances of ’90s songs that will surely make you feel nostalgic for the bygone era! Started in 1997, the “SBS K-Pop Award” is part of the “SBS Awards Festival,” which includes the “SBS Entertainment Awards” and the “SBS Drama Awards.” Find out who takes home the top prizes this year!